Travel Diary: Two Weeks in Colombia with LAFS and Salt 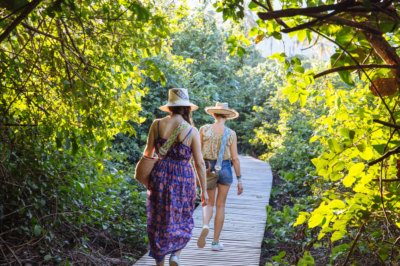 In mid-November, Nest team members, Amanda Lee, Nest Director of Brand Strategy and Sourcing, and Meghan Black, Nest Director of Artisan Communications, made their way to Cartagena for the second annual Latin American Fashion Summit, which drew an audience of over 600 individuals from Latin America and internationally. Attendees participated in four days of panels, power lunches, and workshops, including a special session on “Growing Your Business with Artisans,” led by Nest.

From Cartagena, it was onto the La Guajira desert outside Rioacha to meet with two Wayuu communities. Amanda and Meghan were accompanied by none other than Marla Toplitsky and Kacy Lubell, the fearless co-founders of Salt, the most stylish hand woven-strap that gives back (to Nest). Salt straps are inspired by the traditional Wayuu Mochila bag and handwoven by artisans across the Wayuu community. 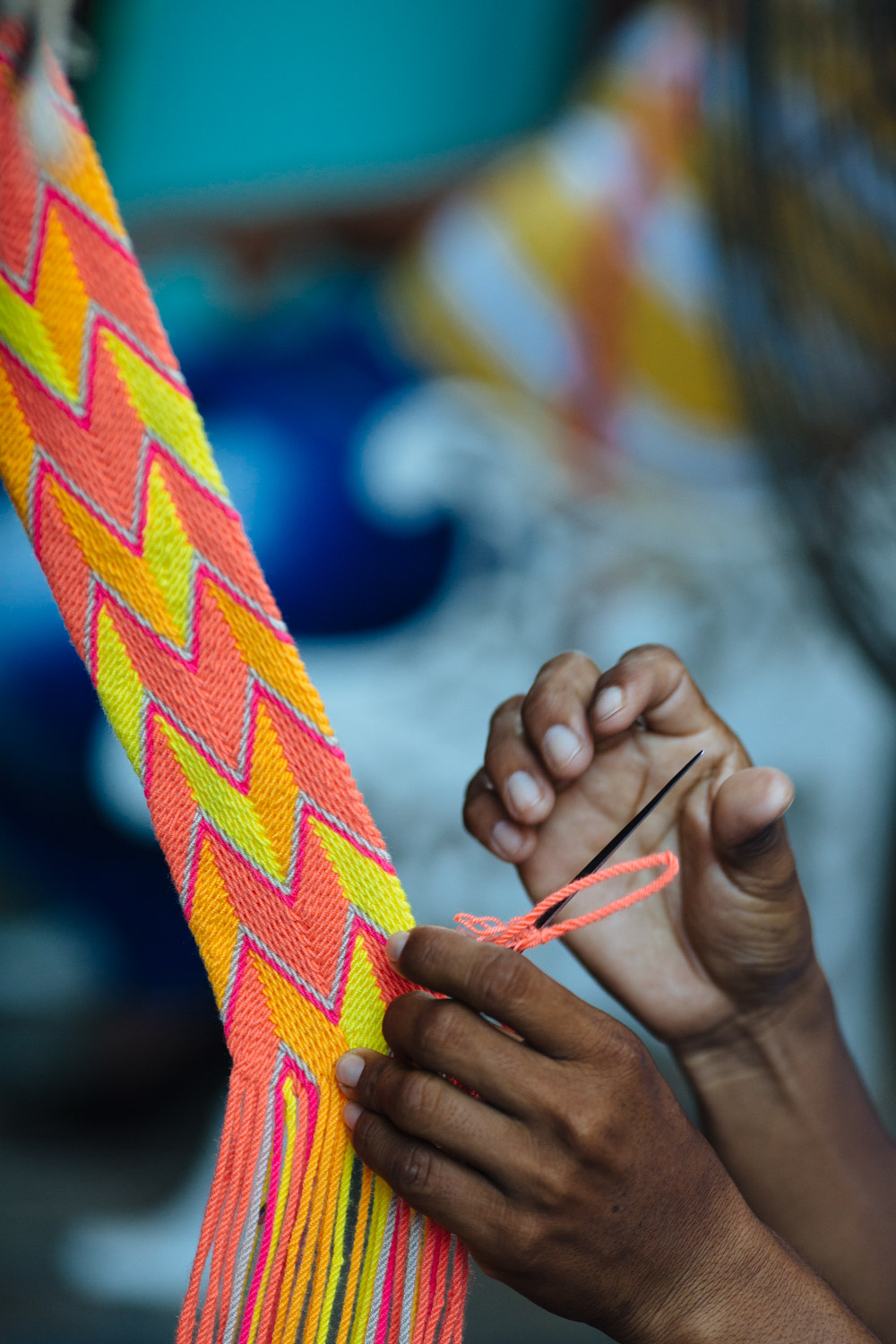 Over a typical lunch of goat, rice, beans, and avocado, Nest and Salt learned about the Mochila bag’s matriarchal ties, reflected in the construction of the bag itself. The body of the bag is considered the protector of knowledge, looking over the contents stored within. Its symmetrical composition comes in two parts, with its lower portion representing childhood as the first stage of a woman’s life, and the top half symbolizing adulthood marked by the onset of a young woman’s first menses. It is at this pivotal moment, when she will learn the craft of Mochila weaving.

The men, who traditionally weave the Mochila bag straps, also have a role to play. Based off of donkey harnesses, the straps continue to be made by men, who have historically tended to livestock. In another village, Meghan, Amanda, Kacy, and Marla witnessed the strap-weaving craft first-hand, beginning with twisting the yarns that will cinch the bag shut.

The process is traditionally done manually with artisans rolling the threads between their palms and thighs. But here, the craftsmen had introduced clever innovation by cutting even lengths of thread wound around fan motors mounted on stakes above the ground. The threads were then carried out the length of an entire football field to be affixed to another stick. Once the fan motors began, the yarn preparation was underway and complete within a matter of minutes. 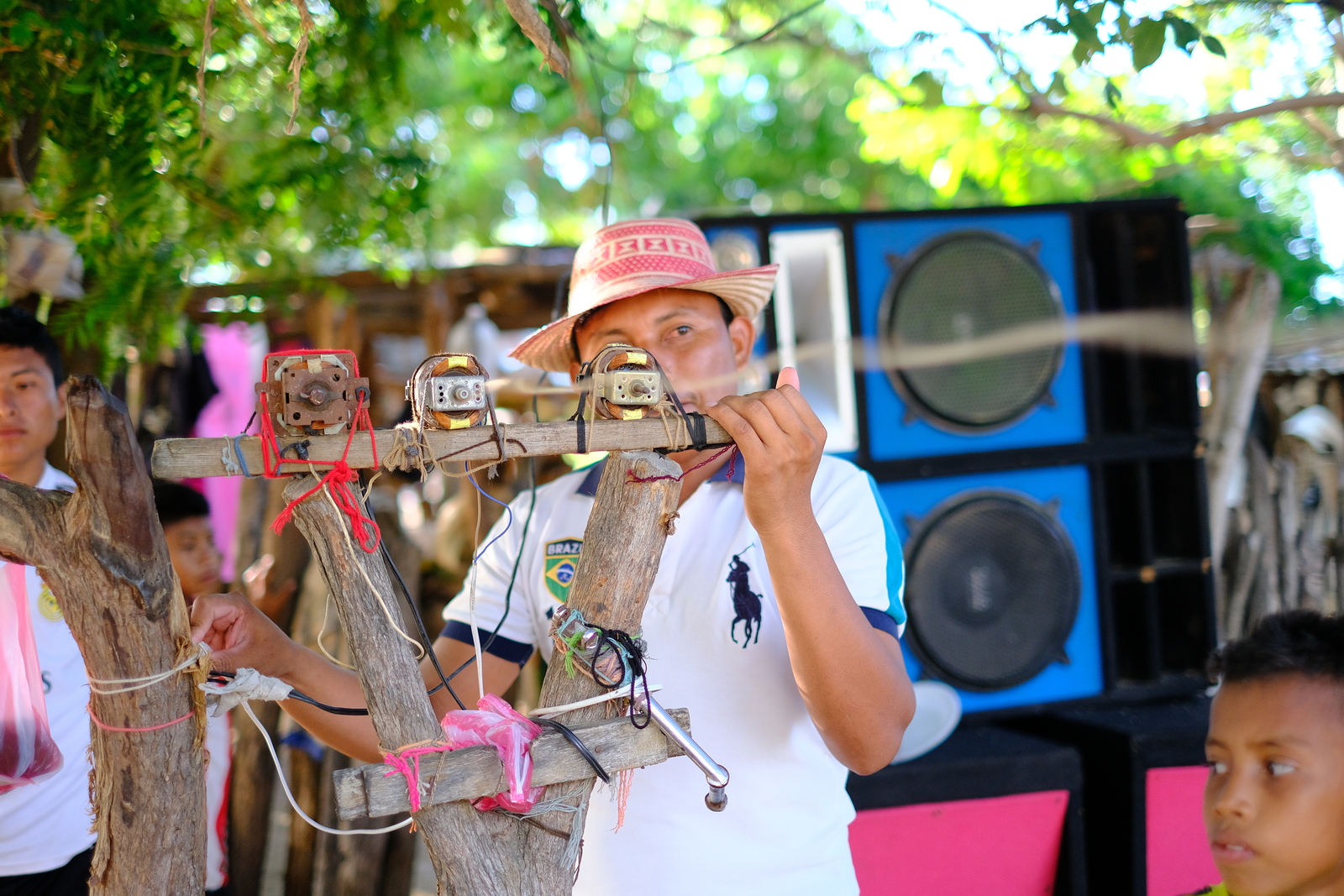 A weaver demonstrates how they use repurposed fan motors to wind cord that will become bag ties. A bundle of strings are attached to a fan motor at one end with the other end stretched and attached to a stake. When the fan motor is turned on, the strings coil together.

Following our travels, we look forward to growing our partnership with Salt. Make sure to check out our founder, Rebecca van Bergen, as she discusses family history, craft’s meditative properties, and more on as the latest and greatest Salt Shaker.