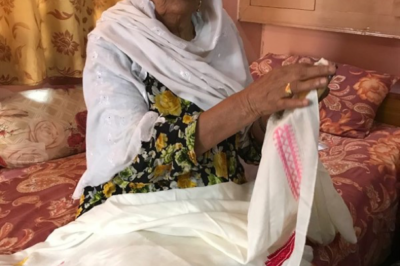 Based off an open story submission from The Swat Valley Guild

In February 2019, Pakistan as a country was on shutdown. There were no flights coming to or leaving the entire country, either domestically or internationally. The Swat Valley – a post conflict region – was trying to engage the global public through the region’s artisanal expertise with the help of Nest Guild member, Swat Valley Guild.

Over the last three and a half years since the Swat Valley Guild was founded, it has been working to engage developed regions of the world in supporting people of the Swat Valley. But to engage a global audience in its work, the Guild has needed access to skills and expertise physically based in the developed world – presenting a unique challenge.

The difficulties to building relationships with the developed world stem from the distance to market, coupled with the cultural and communication gaps that come along with this. In response to this, the Swat Valley Guild has worked on building relationships with organizations with external partners who are able to fill the gaps in its own infrastructure. As a Nest Guild member, Swat Valley Guild is working towards compliance with the Nest Standards for Homes and Small Workshops, which Swat Valley Guild Co-Founder, Zufi Deo, notes has already helped the Guild with organizing its current artisanal supply chain.

In spite of these tactics, The Swat Valley Guild notes that change takes time, and marketplace education is needed. For instance, the quality of embroidery and weaving coming from the Swat Valley is Savile Row quality, both by heritage and standards. However, this is not commonly known in the fashion marketplace of the developed world. As Swat Valley Guild looks to grow appreciation for the craft techniques from its region, addressing this upfront education has been challenging. But the organization remains optimistic that thanks to its efforts to bridge the divide between its isolated region and rest of the world, the broader public is more aware of the high-end handwork coming out of the Swat Valley. Through engagement with Swat Valley craft, consumers are consequently also more aware of the region’s concerns, namely being post-conflict economic regeneration in the face of climate change and industrialisation.

Through its process, The Swat Valley has learned that brand-building is fundamental to connecting with audiences beyond your own borders. Says Zufi Deo, “We recommend focusing on building the brands first, and revenue second. Most of the time, focusing too intently on revenue means harming the brand by selling based on price as opposed to quality.”