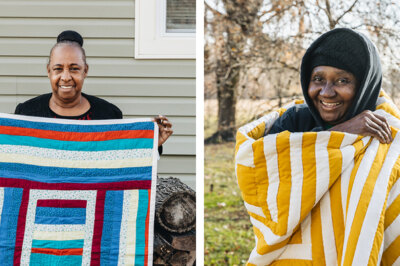 Since first visiting the small town of Boykin, AL nearly  5 years ago, Nest, like many who have made the journey across the Alabama River, discovered a world full of wonder. Most residents in this village, known as Gee’s Bend trace their lineage back to slaves and shareholders of the Pettway Plantation. The Gee’s Bend Quilters have produced countless patchwork masterpieces, with the oldest examples dating from the 1920s. Enlivened by a visual imagination that extends the expressive boundaries of the quilt genre, these astounding creations constitute a crucial chapter in the history of American craft.

Nest has collaborated on several projects with The Gee’s Bend Quilters to date,  including participation in Nest’s Makers United Marketplace and project with retailer American Giant which resulted in the creation of 18 custom quilts made using fabric remnants from American Giant’s apparel production. 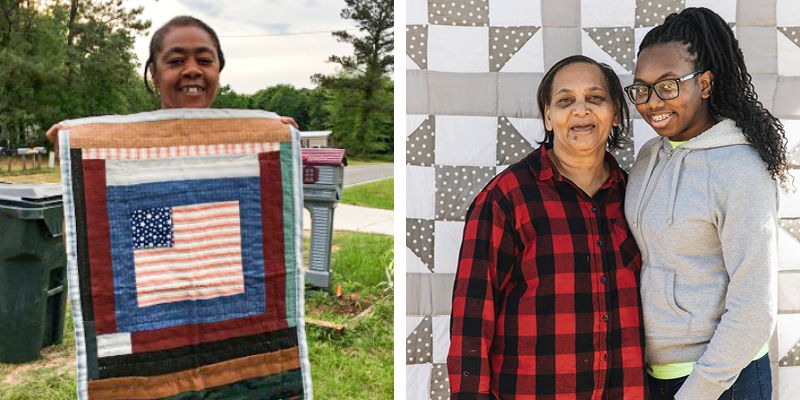 Since 2019, Nest has been working alongside Souls Grown Deep, within Gee’s Bend to build community-led programs to leverage the local heritage quilting tradition as a means of vital income generation. Building upon these successes, Nest established a partnership with Etsy to ensure the long-term success of this community through digital commerce. Presenting an unparalleled opportunity for the quilters to secure steady employment by owning their own independent Etsy shops, this partnership will enable them to reach greater audiences and access new customers.

Despite challenges of the digital divide, rooted in the community’s isolated location, Nest has been working closely with the quilters to prepare them for the launch of their Etsy shops.

This launch, which kicked off on February 1, 2021, was tremendously successful. Media coverage poured in from Architectural Digest, NY Magazine The Strategist, R29 and more to celebrate this opportunity consumers now have to directly purchase items from The Gee’s Bend Quilters.

We at Nest are proud to celebrate the history of craft tradition and the impact these artists have been able to make in their community through their handmade works of art. To date, Nest’s  partnership in the Bend has generated over $200,000 in direct income for the quilters in the community through a variety of market access opportunities including the launch of Etsy shops. Learn more about how you can support Nest’s ongoing efforts to bring capacity development and sustained income to The Gee’s Bend Quilting community here.