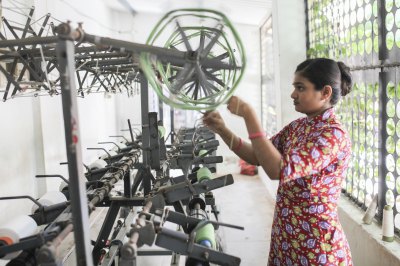 In summer’s hot months, Sara and Shalini packed their suitcases for India, first to meet with Arvind, a craft-based businesses participating in Nest’s compliance program for homes and small workshops. This work was supported by Nest’s partners at Patagonia.

A fabric mill based in Ahmedabad, Arvind has partnered with an Indian government led program, KVIC, to promote the use and sale of traditional Khadi fabric, a craft tradition central to Gandhi’s “Swadeshi” movement towards self-sufficiency and independence from Britain. By maintaining the ability to spin their own yarn, weave their own fabric, and ultimately create their own garments, Indian villages were able to reduce their dependence on foreign markets. For Indians, wearing Khadi has become an outward representation of a deep commitment to preserving and celebrating this nationalistic fabric.

While Khadi yarn was traditionally handspun with the use of a hand operated “charkha” or spinning wheel, modern adaptations include the ability to spin multiple cones of thread on one spinning machine and the integration of solar technology to replace the physical energy needed to operate the machine and spin the yarn. These innovations create efficiencies and opportunities for older artisans to continue the craft they have done for most of their lives. 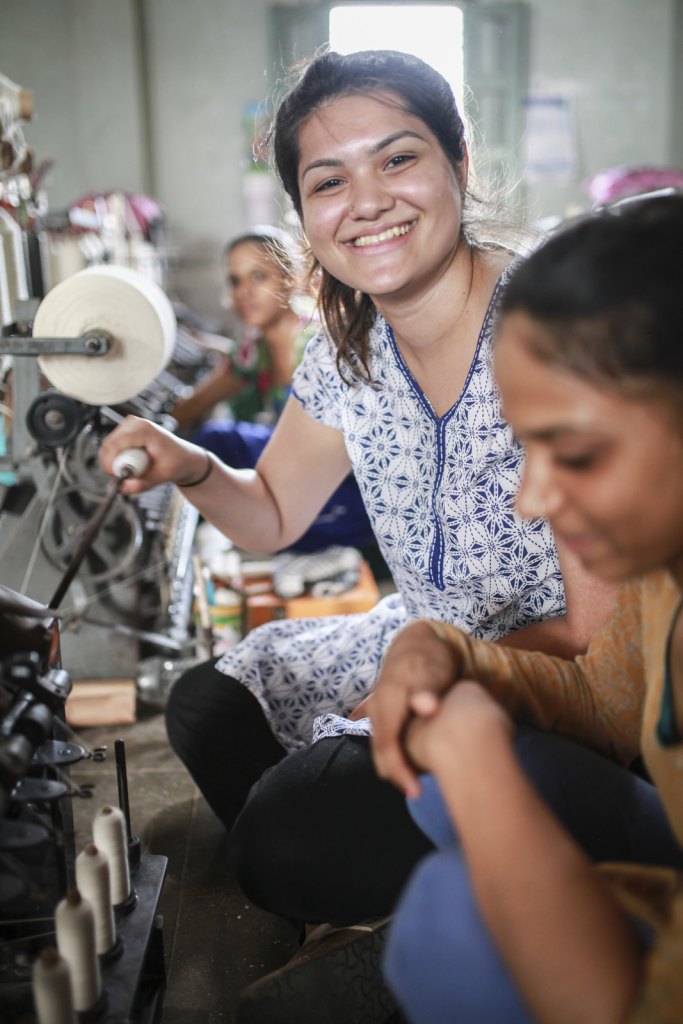 A Nest team member learns to spin Khadi from a skilled artisan in Gondal, India. She is inspired by the artisans’ unwavering diligence and impressive skill in this traditional handcraft and quickly realizes the amount of effort involved in sitting at the spinning wheel and working continuously for several hours!

Nest visited both Arvind and KVIC to learn more about how their partnership functions and to educate leadership and artisans through Nest’s ethical compliance training program. Sara and Shalini spent time working alongside hand spinners, handloom weavers, and indigo dyers, helping to set the artisans and the overall business along a path towards compliance with the Nest Standards.

A primary goal of Arvind and KVIC’s Khadi promotion program is to employ rural based women, giving them a consistent source of income. Many of the women Nest spoke with had not worked in any other industries previously, but now enjoy the independence they have to work and generated incremental income for their families.