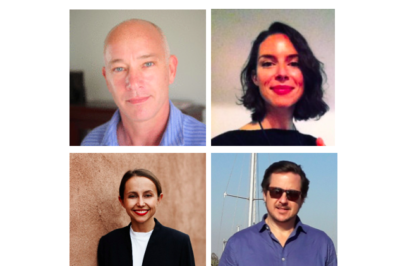 On June 8th, in response to an expressed need from the artisan Nest Artisan Guild to carry out effective fundraising while maintaining the integrity of their business’ social mission, Nest hosted a digital roundtable discussion led by John Berger, Co-Founder of Her Future Coalition (formerly Made by Survivors) and Relevée jewelry. Both ventures spearheaded by John and his wife Sarah Symons are structured as social enterprises whose missions align on support for female artisans and survivors of gender-based violence in Southeast Asia.

Bringing with him 18 years of Wall Street business experience combined with personal insights learned from founding his own artisan enterprises, John sat down with Nest and artisan leaders Skyping in from India, the US, and Guatemala, to lead an informative dialogue on the core philosophies and key best practices underpinning incorporation and fundraising decisions. All artisan businesses who participated in the discussion with John are participants in Nest’s year-long Artisan Accelerator program, an intensive program for promising artisan businesses on the cusp of growth.

John started off the discussion by helping artisan leaders to frame how they think about financing by determining factors such as how to get enough money, the right sources of money, and even the right legal structures to absorb that money. He led leaders through the exercise of considering the viewpoints of three customers, beginning with a series of questions to ask themselves: “do you want to give up ownership? Could you never give up ownership? Do you have short-term risks that are different from your long-term risks? Do you have an exit strategy?”

John enforced the idea that once artisan leaders have established what they want or do not want, their list of investors will automatically narrow. The investor then becomes the second customer. John encouraged artisan leaders to seek investors with needs that are complementary to their own. “You have to think of the investor as a customer in that sense,” urged John, “and you need to consider what the customer wants.” Finally, John underscored the role of the government as a third customer to take into account. “You can’t not think about the government,” he said, emphasizing that tax laws and legal structure will limit an artisan leader’s creative possibilities for structuring..

Artisan leaders kept the conversation flowing with questions for John that fueled the dialogue. Sydney Alfonso, leader of Etkie, a for-profit  enterprise employing Native American women in hand beading, asked John to breakdown his own experiences structuring the social enterprises he has founded, noting her interest in better understanding traditional revenue sharing models as compared to the custom models that John has built. John explained the roots of revenue sharing dating back to the mineral and mining businesses in the 1920’s. Later, the IRS drafted  tax rules that make it more complicated to create deals where revenue sharing is packaged as a “loan.” The IRS enforced that in such circumstances, the revenue would subsequently be treated as a loan under the Non Continent Bond Method, requiring that taxes be paid to the IRS each quarter, whether revenue is generated or not.

John noted that for big institutional investors, this law is not a deterrent, and the institution will likely go ahead and pay the taxes, but cautioned that for individuals and smaller firms, it presents a barrier. He further advised that the need to report to the IRS each quarter also places a burden on someone like Sydney as a small artisan business leader to help manage her investors’ tax schedule. To avoid the barriers associated with this accounting rule, John highlighted alternate strategies such as issuing structures like Performance Aligned Stock which is a preferred stock which combines redemption with dividends to get the same results as a revenue based loan, without the tax and accounting complications.

Nest looks forward to working closely with John moving forward to help lead discussions such as these, as well as to formulate tools and resources that artisan leaders can download through the Nest Connect hub and utilize on their own. We look forward to sharing more updates from this year’s Nest Accelerator cohort as they continue their year-long program with Nest.