Inspiring the Next Generation of Romanian Loom Weavers with Mozaïque 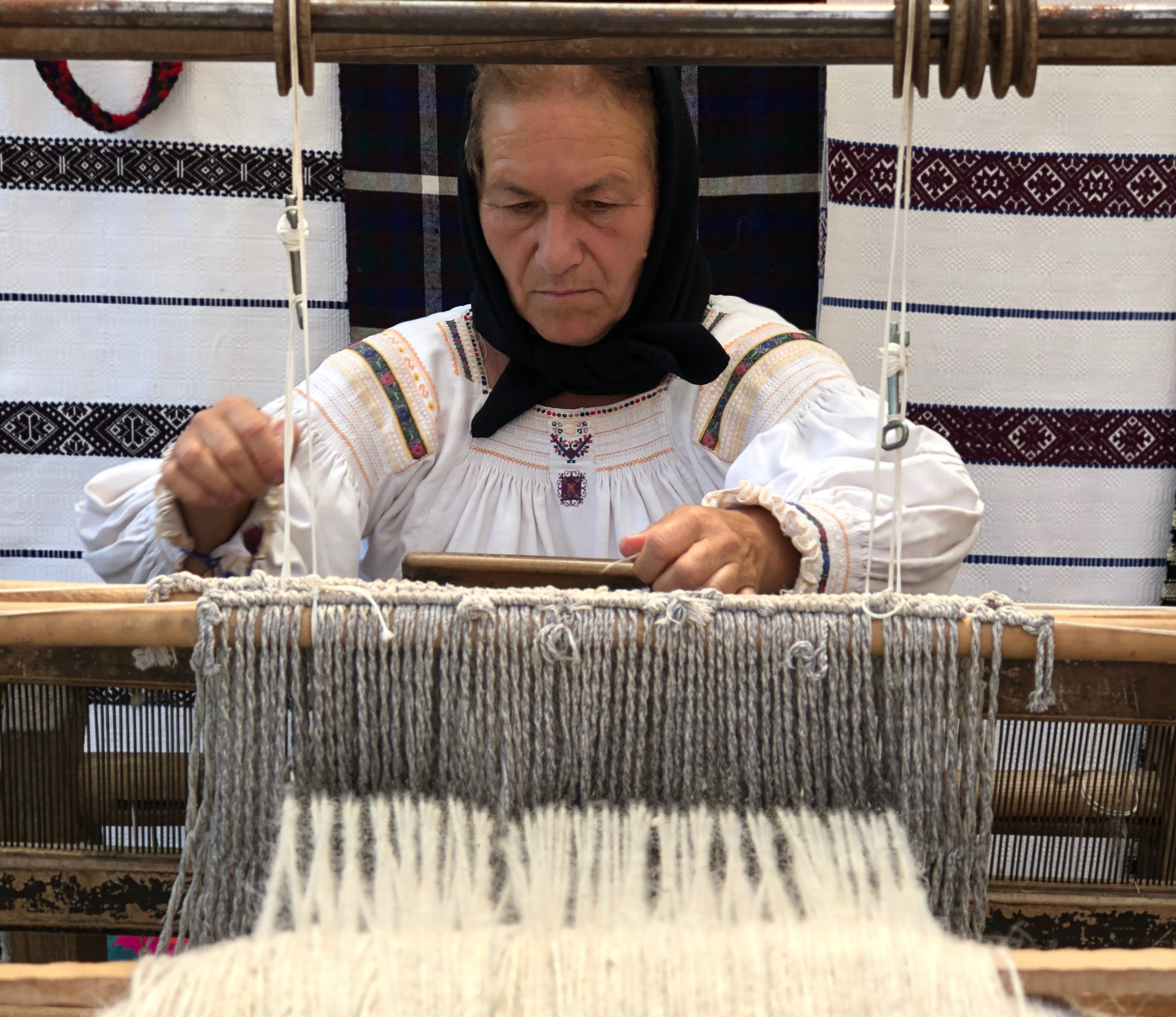 Mihai Patru and Diana Tatucu, co-founders of Guild-member business Mozaïque, provide a day-in-the-life glimpse into the weaving practice of master artisan, Maria Zapca, one of the few artisans in Romania still practicing traditional loom weaving. Mozaïque’s collection of Made in Romania handwoven wool rugs is a celebration of the craft, Maria’s master craftsmanship, and a bid to inspire future generations of local weavers to preserve the technique.

Since our arrival in Sapanta, a village in Maramures county, Romania, we have been wondering if Maria sets her alarm to sunrise. By the time we join her for breakfast each morning she has already been weaving for a couple hours, out in the garden where her wooden floor looms are housed during the summer months. Fresh coffee is waiting for us in the new coffee maker, breakfast is on the outdoor table, and her herd of well-fed cats are curled up among the piles of wool which will soon be woven into rugs and runners for Mozaïque’s Made in Romania collection.

Maria is one of the few local artisans keeping this loom weaving tradition alive. She owns three looms which are continually, simultaneously in rotation. She moves between the three “works in progress” expertly, switching fluidly between contemporary and traditional designs, and wool and cotton yarns. 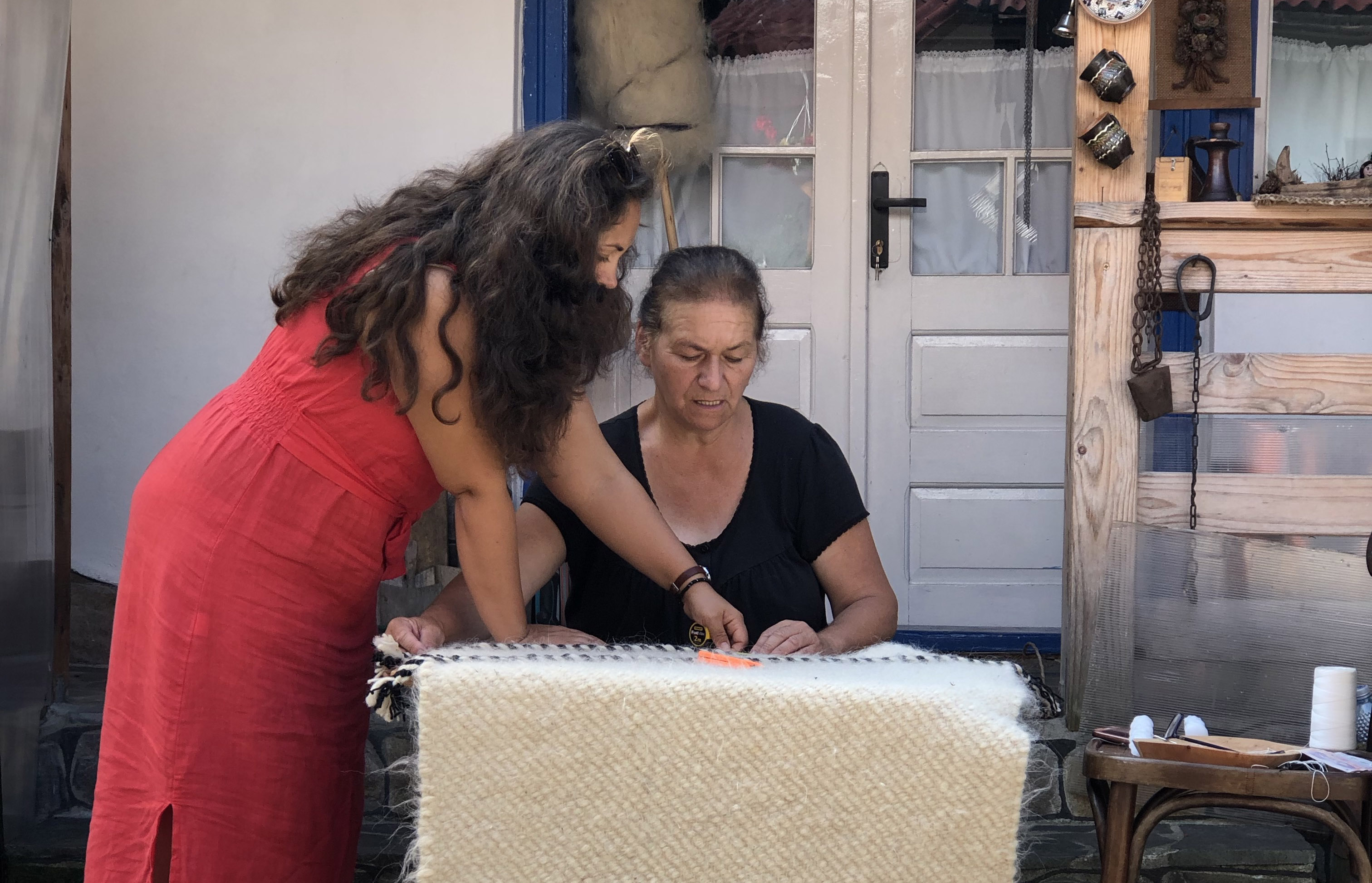 Master weaver, Maria Zapca, demonstrates how to add a braided embellishment to a runner.

Today, her neighbor, Ana, is assisting Maria on the looms. Ana recently returned to the village after living and working in Italy. She is still learning to tame the foot looms, but is an eager apprentice. For many years Maria has been training youth from the village as a way to encourage them to learn the art of weaving. “Many parents hope for their children to build a future in the city,” she says, “but maybe they will find this skill useful at one point in life.” For Maria, passing down her knowledge and preserving the craft is what motivates her to start all over again, every morning, for more than three decades.

Weaving has been a constant in Maria’s own life and has served her in many ways: as a way to earn a living; as a form of creative expression and pride in her heritage; and, following the recent passing of her son, weaving has taken on a new therapeutic dimension for her. “It has been my therapy and helped me overcome many difficult things,” she says.

Later in the day Maria will host two groups of visitors from a nearby summer youth camp – a frequent summer occurrence. For these occasions she dresses in traditional local costume and shares the art of weaving through storytelling and demonstration. This is an opportunity for the thirty campers to unplug from technology and learn about raising sheep, weaving, and self-sufficient living in rural Romania. Maria’s hope is that they leave feeling proud of their local traditions and culture.