Greg Lauren Collaborates with the Quilters of Gee’s Bend 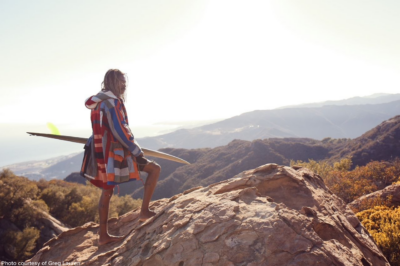 The latest brand partnership that Nest facilitated for the Quilters of Gee’s Bend with acclaimed menswear designer Greg Lauren culminated last month in an inspiring and prominently placed in-store display at Goodman’s Men’s Store in New York City. The experiential museum-style exhibit featured the latest patchwork collection from Greg Lauren along with a view into the quilters’ creative process and individual stories.

Over the past year, Greg Lauren has collaborated with the quilters to develop MOSAIC: Gee’s Bend x Greg Lauren, a vibrant collection of garments and accessories which has been praised for its unique styling and celebration of the quilters’ legacy.

A prominent American menswear designer known for his elevated bohemian aesthetic, Lauren reached out to Nest about partnering with the quilters on a project that would showcase their craftsmanship in a way that also spotlights his company’s commitment to zero waste. His vision was a capsule collection of patchwork pieces created from fabric scraps from his company’s 10 years of being in business. From the very beginning, he committed to using the collection and the attention it gained to bring awareness to the quilters of Gee’s Bend, their individual stories, and the contributions of their community as a whole to American craft. 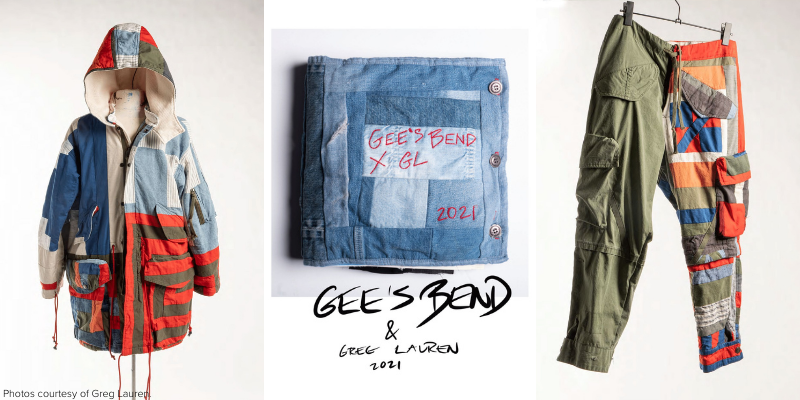 To bring his vision to life, Greg Lauren kicked off the collaboration with a video call to meet the quilters and introduce the broad direction for the collection. After that, he assembled a beautiful, handcrafted swatch book which included a personal note and an assortment of material samples that would be used throughout the collection. In an homage to the quilters’ tradition of repurposing old textiles into new quilts, the swatches were scraps and remnants from the designer’s archived collections.

Over the course of a few weeks in the late spring, the quilters crafted hundreds of unique panels of different sizes which they packed and shipped to Greg Lauren’s studio in Los Angeles. He and his team quickly got to work organizing the panels and turning them into garments and accessories, including parkas, vests, cargo pants, hoodies, tote bags, and more.

Once it was completed, Greg Lauren brought the MOSAIC collection to New York where it debuted in a new feature space at the famed [Bergdorf] Goodman’s Men’s Store on Fifth Avenue. He turned the space just inside the front doors into a model workroom where visitors could see design sketches, touch remnant textiles, see the unique creations in full display and shop the pieces.

Lauren’s direction for the space at Bergdorf’s went beyond spotlighting the collection. In addition to the collection itself, the multidimensional “exhibit” told the story of the Quilters from their perspective through photos and audio recordings, as well as an academic take on their contribution to the American craft space through an essay written by Jonathan Square, Assistant Professor of Black Visual Culture at Parsons School of Design. 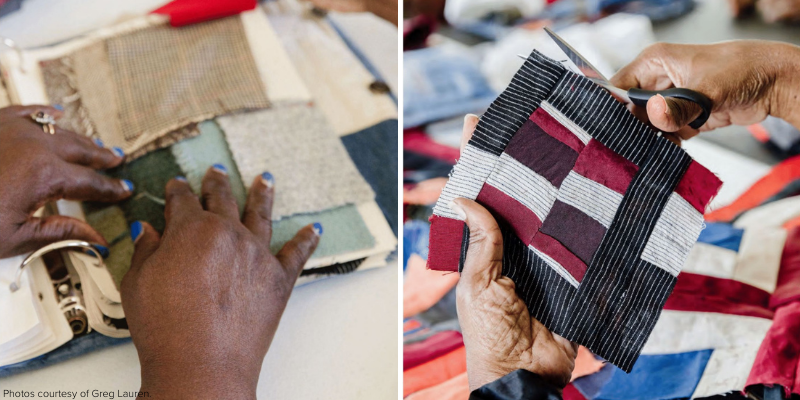 “In the past year, through conversations and a willingness to learn, I realized I had an opportunity to use my platform and brand to change what has often been the exploitative nature of fashion… I have always been intrigued by deconstructing the concept of Americana… and helping to shed light on a more truthful version of it in the context of art, fashion and style…” said Greg Lauren in an interview with Women’s Wear Daily.

True to his commitment, Greg Lauren used every opportunity to celebrate the work of this important heritage craft community and it was rewarded. The collection has been praised by critics for its fresh perspective and social mission bringing even more attention to the quilters whose mainstream popularity has surged since the launch of their Etsy shops this past February. And, in a testament to the impact of this collaboration, curators and consumers alike flocked to purchase pieces of this exclusive line as soon as they became available.

“I like the recognition we’re getting… Greg is giving us the credit… Before quilting became popular, it was a lost art pretty much because we’re losing so many traditional things we used to do just to make do,” explained Mary Margaret Pettway to Women’s Wear Daily. Mary Margaret, who has been quilting in since she was eleven, designed the collection’s logo and served a the project’s point person in the Bend.

This collaboration is one of many brand partnerships Nest has facilitated on behalf of the quilters. In a Shared Prosperity Study administered by Nest and funded by Souls Grown Deep, the quilters reported that they would like to pursue a spectrum of income-generating opportunities, from wholesale to direct-to-consumer, to ensure their long-term economic success. In addition to the collaboration with Greg Lauren, a number of Quilters also participated in a partnership with House of Harlow that launched on Etsy in October, and Nest continues to vet new opportunities for the community.