For Mothers and Grandmothers, Close and Far Away 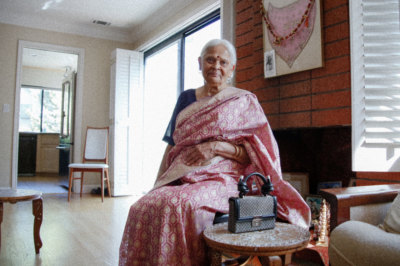 A family’s tradition of handloom silk-weaving in Varanasi

The Loom to Luxury Atelier is one of Nest’s most cherished stories to tell. Varanasi handloom silk-weaving dates back over 600 years. Nest already introduced us to the sons of Loom to Luxury’s master weaver Bhailal Ji. Today, the Loom to Luxury story continues with Shivam Punjya, the thoughtful Founder and Creative Director of NY fashion brand, behno, and long-time Nest supporter, as well as Junior Board member. In the spirit of Mother’s Day, we are shining light on the women that underpin both stories.

When Bhailal Ji passed away unexpectedly, his sons were too young to take his place. With the support of Loom to Luxury, they attended the Handloom School and, as they grew older, have become pivotal weavers in the community. It made sense then, when the Atelier opened, that his widow–their mother–cut the inaugural ribbon during the celebration. 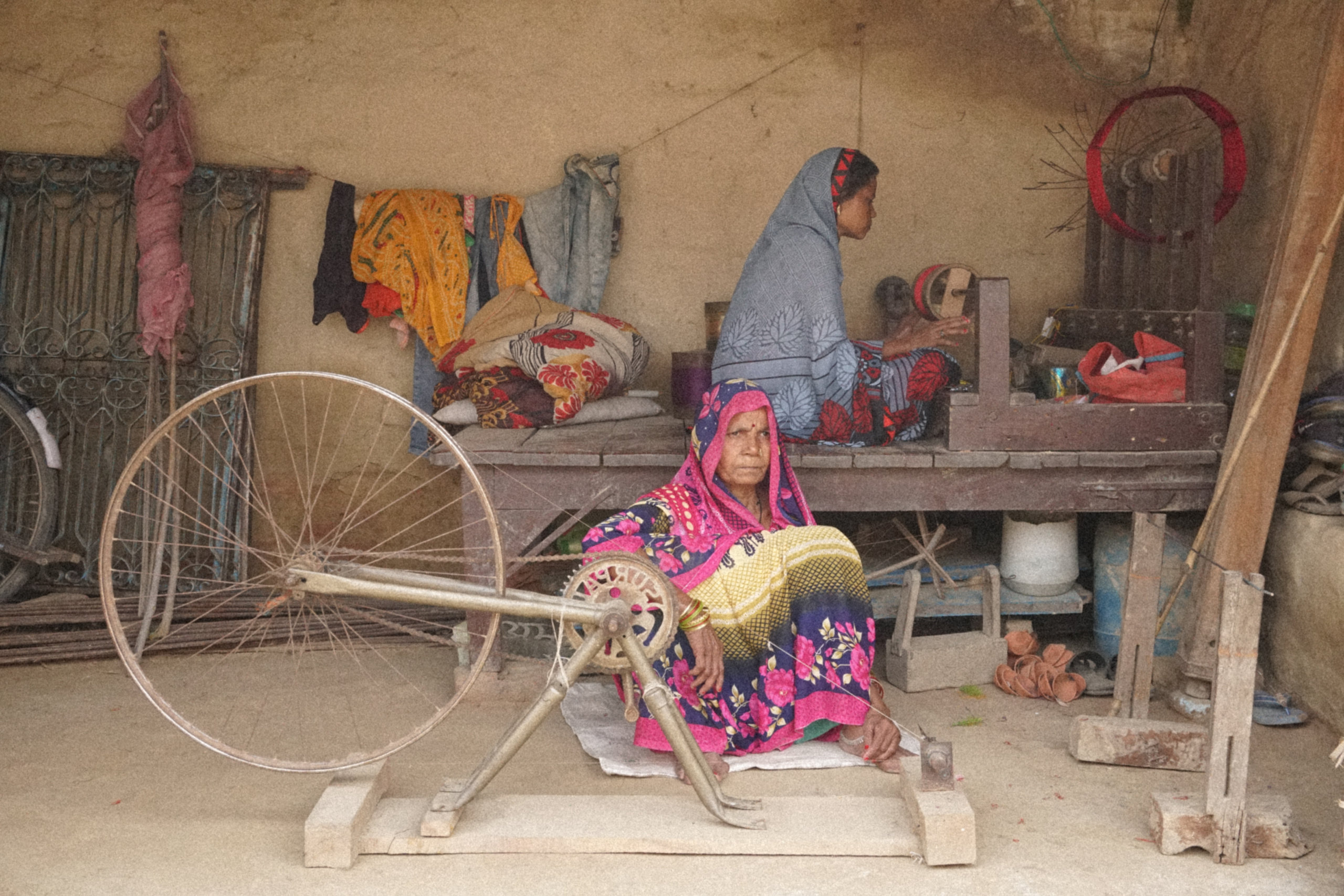 Savitra Devi has also been a silent figurehead in the community and for the project in her own right–spinning bobbins and other preparatory weaving work, as well as sharing a management role of the 8 handloom weavers their family employs. She has also recently taken a proactive role in recruiting other women in the community to learn new craft skills that complement weaving, including tailoring for finished products and reusable bags. These women now have a creative space to gather and work together at the atelier, adding a new dimension to the production center. 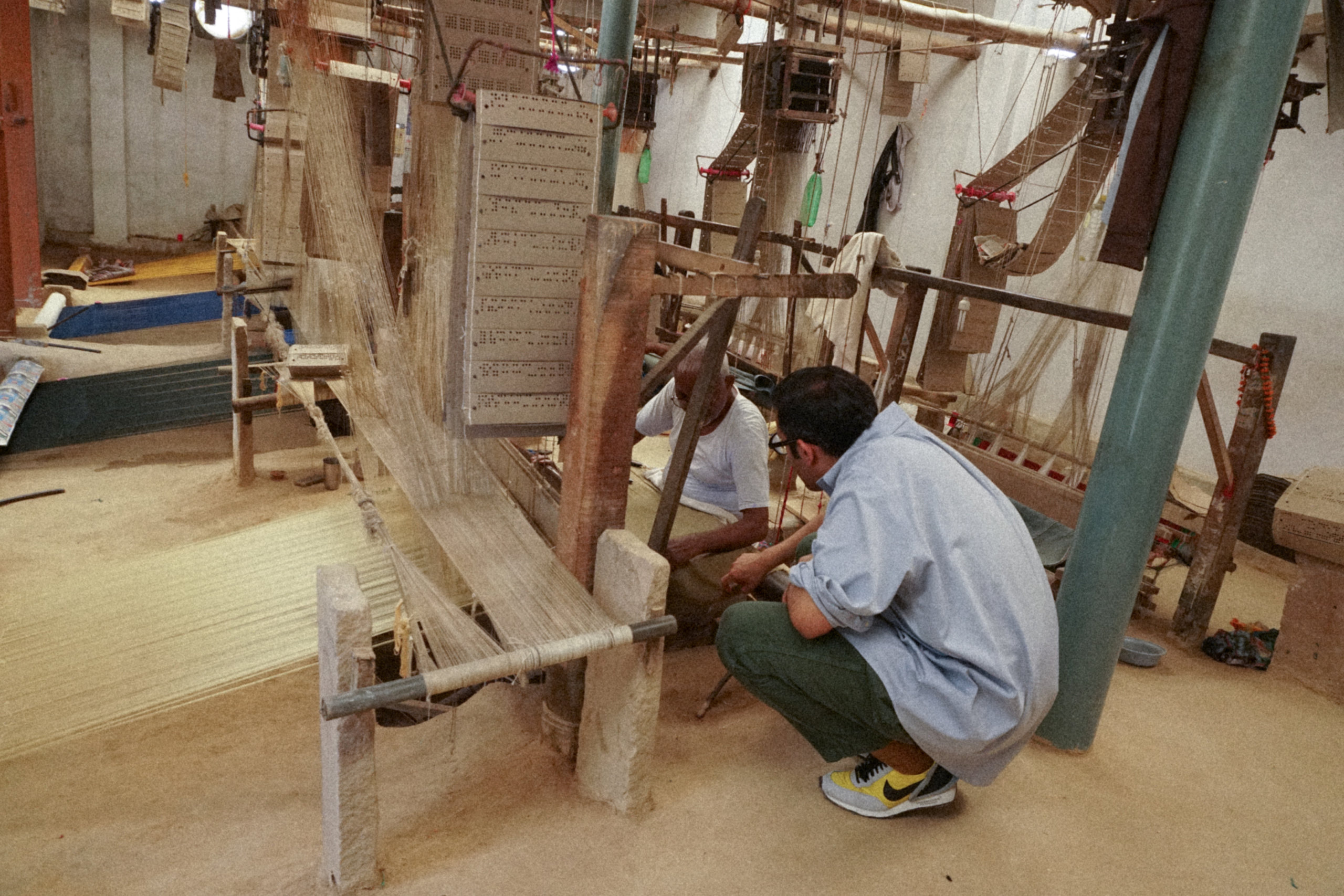 It was the Loom to Luxury & Nest atelier that Shivam visited in 2019 on a trip to India, inspiring a new collection and campaign dedicated to his grandmothers, their love of silk jacquards and the many women carrying forward the traditions of handloom. With Shivam’s ‘Ode to (Grand)mothers’ we’re honoring their contributions and virtues by sharing more about his, and their story.

Lalita, my maternal grandmother, was born and raised in Rhodesia, Africa–current day Zimbabwe. Her industrious family emigrated from India for lucrative business opportunities and had to flee when the political climate turned hostile. My paternal grandmother was born and raised in Gujarat, in a rural village in India as one of four children to a local farmer. She spent the bulk of her adolescence there, but was married young and moved to Atul to continue on to raise a family of her own.

Lalita grew up with wealth, while Jamna grew in simplicity. Both were rich in family, community, and its people. Both were grade school graduates, but had an education surpassing anything that could really be taught in school. Giving back and building & maintaining relationships is the cornerstone of their beings.

Lalita and Jamna, this Mother’s Day we’re thinking of you both and the many other grandmothers in our world who shape us today. Despite the roles society and times imposed on you all, to all the grandmothers in the world: it will be impossible for us to really understand what you all went through, but know that the impact you’ve had on us is para- mount. Although we may not say it enough, or even think it enough, it is because of you that we even pulse.

behno’s Artisanal Edit features handbags made of exquisite handloom textiles, which take hundreds of hours to weave by artisans in Varanasi, India. The pieces are an ode to my late paternal grandmother, who had a love for jacquards. The campaign features my maternal grandmother, in the very home she single-handedly sustained for the past 48 years and also the same home in which my mothers were raised. Bringing both of my grandmothers into the same space, this campaign also emboldens the friendship and respect they shared between themselves. But this campaign also remembers – and gives credit to – the grandmothers who wove the handloom jacquards we used in the collection.

In November 2019, I had the opportunity to visit Varanasi for the first time and see the artisans and their families amidst their creative, technical and meticulous craft. Varanasi is home to handweaving communities dating back millennia, keeping alive certain traditional techniques over 500 years old. Loom to Luxury, along with its partner, Nest, a critical player in the handworker economy, facilitates a dialogue between a modernizing world and a heritage craft. The villages we visited allowed me to observe craft-based work and the commitment to preserving a basic necessity with their very hands – to clothe ourselves. And for this, we strive to give due credit to the women blazing a trail we’re so distanced from.

Loom to Luxury, through the communities it works within, is doing something of paramount importance; reminding us of the grandmothers that forged through generations of technical handweaving to create textiles that evoke our inner emotions, allow us to feel beautiful, and instill in us identities. And for this, we remember grandmothers – our own, those around us, and those far from us – it’s because of them that we act to better a world they always wanted for us.” 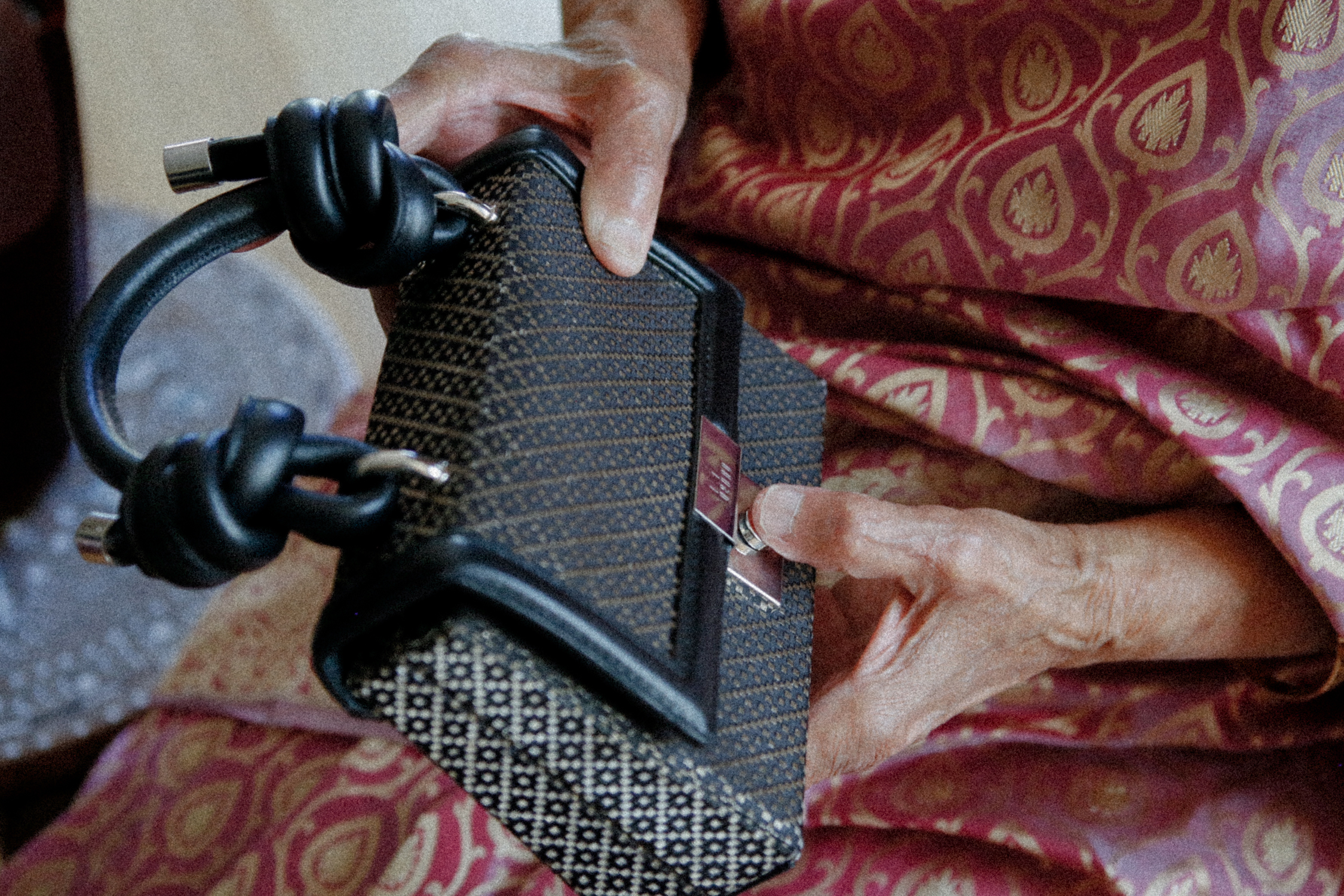 As part of our collaboration with behno x Loom to Luxury, they are offering 20% off the Artisanal Edit while giving back 20% of your sale to the handworker economy through Nest. Use code NEST20 at checkout now through Mother’s Day!