How we’re approaching the endgame 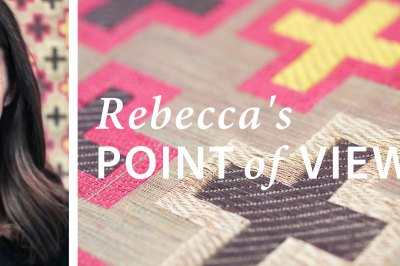 This blog post marks the first in a series of op-eds contributed by Nest’s Founder, Executive Director, and fearless visionary, Rebecca van Bergen.

It is our ten-year anniversary this year – and in the midst of much-deserved celebration, we are also allowing ourselves the gift of reflection. As the leader of a nonprofit organization in pursuit of a global social mission, I am often asked: “where do I see Nest in ten years?” and I am questioned as to what singular achievement would signify for me that our mission has been achieved. To my own surprise, I often find myself bristling at such inquiries, without a clear sense of why. And so, I have spent time dissecting my seemingly peculiar reaction to a standard (and one might argue, very important) question.

To best explain the factors I suspect to be at play, I feel the need to call upon a metaphor of a river that I heard used within a speech by the founder of Apartment Therapy.. While the metaphor of a river is one that is overused the concept he illustrated was actually new to me: rivers, and water more generally, must, under all circumstances, meander – they must eschew straight lines in favor of twists and turns. Even when contained within the confines of a pipe, we were told, small indentations within the pipe are made to allow the water to follow its favored curved trajectory within. And when water is forced into a straight path, it will in fact stop flowing altogether – I had no idea.

While rivers begin somewhere and flow towards somewhere, it is the long and twisting path that is not only beautiful, it is necessary.

Reaching a prescribed number of people or achievement of one big programmatic goal are often factors used to describe an “endgame”, but for me, he end game is the world that Nest wants to create: one in which women all around the world, in its most hidden and overlooked corners, have access to equal economic opportunity by leveraging the craft traditions and skills that have been part of their families and communities for centuries.

When I founded Nest, if you had asked me where I wanted Nest to be in ten years, I would have provided you with an answer that bears only resemblance to where we are today. As our early supporters will know most intimately, Nest’s model has twisted, turned, wound, swiveled, curved, bent, and ultimately evolved in its water-like path. Yet, while we may take many diverse conduits along our journey, we are always moving towards the same vision – we know there are many ways of getting there.

What is important to me is not the achievement of one seemingly all-encompassing milestone, but rather, every twist and turn along the way. Its through every rock that we bump upon, every smooth course we can coast, ever dip and dive built through our daily person-to-person interactions with the artisan communities we support, that the real work happens. If we make each decision, and approach each individual woman, with our mission in our hearts, then a meandering path is not only okay, it’s important.

If we fixate too intently on one singular end goal, we risk rushing to get there without paying attention to, or remaining present for, each step along the way. If each interaction is genuine, it will not matter whether we reach one goal, or a slightly different one, because the end result we reach will be authentic – defined collaboratively with the artisans with whom we working to create change.

And so, as we “arrive” here our ten-year anniversary, I know that if we had impacted 100 people and done it well, I would stand here proud. Knowing that our programs can be expanded to reach 100,000 women by next year, I am even prouder – but not it’s because of big numbers, it’s because I know that we are achieving all we do with authenticity and commitment to our purpose. As we look ahead to the next ten years, it remains my hope and determination that we continue to approach our work with the willingness to ebb and flow – just like a river.